Restaurant, DSM Culinary will be a tenant in the new Valley Junction development

Barbara J. Ross July 29, 2022 Offering development Comments Off on Restaurant, DSM Culinary will be a tenant in the new Valley Junction development 2 Views

$95m development approved for ‘ORTA’ On The Parade • Glam Adelaide

Street-level space in a building under construction at 304 Fifth St. in West Des Moines’ Valley Junction will include a restaurant and DSM Culinary. Architectural rendering by Pelds Design Services Picture below: A view of the space at street level that tenants will occupy. Photo by Kathy A. Bolten

The street-level space of a building under construction at West Des Moines’ Valley Junction will be occupied by a restaurant operated by Ryan Cooper and by DSM Culinary, which offers a variety of cooking classes to the public.

A mixed-use project being built at 304 Fifth St. will include 13,617 square feet of commercial, office and residential space. The three-story structure is Iowa’s second log development and the first to include a residential component, said project developer Scott Cutler. 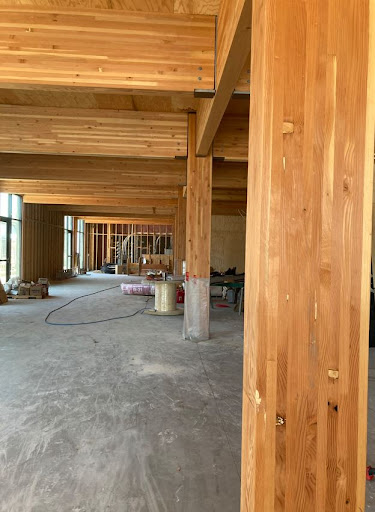 Cooper, whose new restaurant will offer steaks, pasta dishes and pizza, said the hardwood building “gets a lot of attention and recognition” because of the materials used to construct it.

“The space is beautiful,” he said. “I’m half-joking that I wanted to take this space as much to get it for myself as I wanted to not let someone else have it…because it’s such an attractive place.”

Cooper, who owns and operates Cooper’s on 5th and Winchester Public House, both along Valley Junction’s Fifth Street, said the yet-to-be-named new restaurant “will have a slight Italian vibe to it.”

Cutler owns the buildings in which Cooper’s other two Valley Junction businesses are located. [Cutler] showed me the building, everything clicked,” said Cooper, who received $37,500 from the West Des Moines grant program.

Cooper, who has partners in the new business venture, said he expects the restaurant to open in mid-2023.

Cass Spence currently operates DSM Culinary out of space in the East Village of Des Moines. She said she had been looking for a new place to operate her business for three years.

“This opportunity presented itself. … When I had the opportunity to walk through the building, I was really impressed,” Spence said. DSM Culinary received $16,402 from the West Des Moines program.

Spence said she hopes to start offering cooking classes in the new space later this year or early 2023. In addition to classes, Spence makes and sells dumplings.

To learn more about the mass timber project under construction at 304 Fifth St., click